skip to main | skip to sidebar

Hey look!  I'm back!  And I've got books!  I've got more of my favorite books to share with you and hopefully help you find your next favorite.

A Princess of Mars by Edgar Rice Burroughs- When cavalry man John Carter falls unconscious in a cave, he wakes up on Mars.  After being taken captive by the Tharks, a race of ten foot tall four armed green aliens, he vows to help his fellow prisoner, the lovely Dejah Thoris, escape and return to her home in the city of Helium.  Easier said than done.

Murder on the Orient Express by Agatha Christie-  The Orient Express is stopped in its tracks because of a snow drift and within a matter of hours, a passenger is dead.  Hercule Poirot steps in to investigate.  A brief examination of the facts reveals that the snow drift made it impossible for anyone to leave and that the murderer is still on the train...

Murder in a Mummy Case by K. K. Beck-  When Clarence Brockhurst takes his girlfriend Iris up to his artifact room in the middle of the night, they find the dead body of a young woman in the sarcophagus of Clarence's mummy.  The police medical examiner concludes she died of a heart attack, Iris suspects otherwise.

20,000 Leagues Under the Sea by Jules Verne- The question everyone was asking was what was attacking and sinking ships.  Many suspect it to be a sea monster, but French naturalist M. Aronnax, his servant Conseil, and Canadian whaler Ned Land learn otherwise when they are thrown overboard during an attack and taken captive by the mysterious Captain Nemo.  Now the question is how can they possibly escape The Nautilus?

The Elusive Pimpernel by Baroness Emuska Orczy- After failing to capture the Scarlet Pimpernel, French agent Chauvelin formulates a plan to bring down his enemy.  Shortly after, at a dinner party at the Blakeney Manor, a visiting French actress offends one of Marguerite Blakeney's quests which sparks the arrangement of a duel between Chauvelin and Sir Percy Blakeney to take place in the French town of Boulogne.  Knowing it is a clever plan to catch him, Marguerite follows Percy to warn him and discovers a little too late that she is the plan. 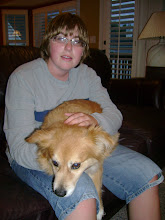